Summer is finally over and things are starting to cool off temperature wise in Georgia. We’re still experiencing unusually warm weather for October though. This week we’ve been very close to record high’s. Next week, things start to look like typical autumn weather in Georgia: lows in the 50’s and high’s in the 70’s. Time to get fired up again.

Cooler weather means more local organized runs between now and the end of March. I’ve signed up for several 10K’s and a half marathon. Coming up in the not too distant future I have:

The Broad Street Ramble is a fairly flat out and back course. I don’t think I’ll have a new PR this year though. I really cut back on my mileage this summer and I’m feeling the effects of that now. Don’t think I’ll have my running groove going quite soon enough. The WJBF/Salavation Army Turkey Trot isn’t a new event for me really but previously I ran the 5K instead of the 10K. It’s a fairly flat and almost identical course as the Broad Street Ramble. I hope to improve my time from the first race but still not expecting a PR time. I’ve ran the Jingle Jam 10K the past three years. Unfortunately, I signed up and then a week later found out I have a scheduling conflict and will have to miss it this year. Oh well, it’s for a good cause anyway.

Last year, I ran the Augusta University 10K but this will be my first local half marathon. It’s a challenging course but I’m looking forward to the run. I expect this half marathon will be more of a training run. Why? Because I’ve signed up for two other half marathons: 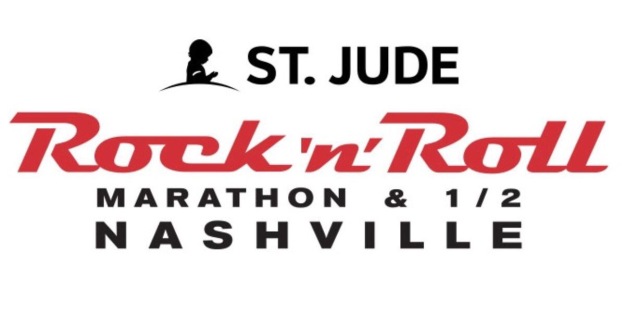 In case you didn’t notice that’s two half marathons within seven days! I ran the St. Jude Rock n’ Roll Nashville half last year with my daughter and son-in-law and we will repeat this event in 2017. I didn’t do it last year but this time I’m raising money for St. Jude. You’ll hear more about that very soon.

The following week the three of us are running together at the OneAmerica 500 Festival half marathon in Indianapolis, Indiana. My very first half marathon was at the Indy event in 1991. I said then I would never run another half marathon again. I kept that promise until last year when I ran in Nashville. You know you should never say never. Looking forward to going back to Indy for this race. When I ran it in ’91 the race ended at the finish line of the Indianapolis Motor Speedway. That row of bricks to mark the finish line never looked so good as they did on that day. Now the 2.5 mile oval is the turnaround point. Won’t be quite the same but it will be pretty awesome to run around the world’s most famous motor speedway again. Running two events a week apart with my daughter and her husband makes it even better.

I’ve got my work cut out for me that’s for sure. The good thing is I’ve got plenty of time to get ready. It’s all preliminary but I’m thinking from now until the first full week of December I’ll just continue with my current 14-16 miles per week. Once we get to December it will be time to gradually work up to the half marathon distance by the end of February. After the Augusta University half is out of the way I’ll probably cut back my mileage a little and gradually work up to the half marathon distance in time for the event in Nashville. That’s my high level perspective on my training anyway. As we get closer to December I’ll likely start thinking more about the details of my training.

I’ve been pretty quiet on the blogging lately and as I said a few weeks ago, my posting activity is going to increase again. Just had a ton of stuff to deal with this summer and in just a few weeks my last single daughter is getting married. Once the wedding is out of the way I think the major life events of 2016 will be over and I can focus more on me. I’m not complaining–it’s all good. Life gets in the way sometimes and you just have to do the best you can. I’m doing that! Stay tuned for more information about me raising money for St. Jude’s and I’ve got a post about my thoughts on “Chi Running” coming soon too.

On July 30th of this year I turned sixty years old! Yes, that’s right the big Six-Oh! I have written and rewritten this post several times since my birthday. I would work on this post then scrap it. I feel like I should have some words of wisdom or some sort of inspiring story to tell but honestly, I don’t. I do feel lucky, fortunate, blessed and a few other adjectives I could use. Being a senior isn’t so bad after all. Oh geez, did I just call myself a senior?

That was almost three months ago and I honestly don’t think it’s really sunk into my mind yet. I don’t feel like I’m 60. I don’t feel old but I’m a realist enough to know that I’m far from being a spring chicken. I can remember a time when 40 seemed old and I certainly never thought I’d ever make it to sixty. Sure, at some point after forty I eventually stopped considering my longevity. Honestly, I’m not thinking about it all that much now either.

If I have any words of wisdom it would be, if you’re not physically active—start today. It’s never too late to get started. You don’t have to be a runner. Just go for a brisk walk; do some pushup & sittups; ride a bike. Whatever, just get up out of your chair and start moving. I do believe my physical health is attributed to what I was doing twenty years ago more than what I’m doing today. There are long term benefits to being physically active so the sooner you start, the better the result. People are living much longer these days so it’s very possible to I’ll be around to write something on this blog when I celebrate my 80th birthday. You just don’t know what the future holds for you so don’t let a late start hold you back.

My birthday celebration was right up there as being one of the most special celebrations I’ve ever had. We spent the weekend in mountains of North Georgia, not far from Helen. If you’re not familiar with Helen, Georgia, it’s a small village built around a German theme. In October this little town is packed with visitors wanting to see the fall foliage and of course, celebrate Octoberfest.

All of my kids and grandkids were there. It’s rare when we get to see everyone at the same time. My wife found an awesome cabin for all of us to stay. Bedrooms for everyone. Game room, hot tub, large decks and a fire pit. Even with the heat of July in Georgia we hung out by the fire every night. It was a very special weekend. One day we went tubing along the Chattahoochee River. We all ate too much food and yes, most of the adults drank their fair share of adult beverages. I sure did anyway.

On the morning of my birthday I wanted anyone interested to join me for a run. My grandson, daughter and son-in-law got up early on a Saturday morning to go running with me. We decided to run (mostly) down the mountain for two miles and then decide if we wanted to go the other mile down before heading back up to the cabin. My grandson and son-in-law are much faster so they went on ahead of my daughter and I. It was surprising to find the downhill two miles wasn’t all downhill. There was plenty of uphill along the way too. My son-in-law decided to go the additional mile down and rest of us chose to turn around to make it a four mile run. My grandson sped ahead of us and my daughter and I just took an easy pace back toward the cabin. Somewhere around our turn toward the cabin my grandson called us on our mobile phone to say it wasn’t sure if he was on the right road. It turned out he was on the right path though. We never figured out what happened after that but somehow my daughter and I missed the turn! We kept our easy pace and continued a mile and a half further before we realized we missed it. Our four mile run became a seven mile run by the time we made it back to the cabin. It was still fun and it gave us something to laugh about for awhile. 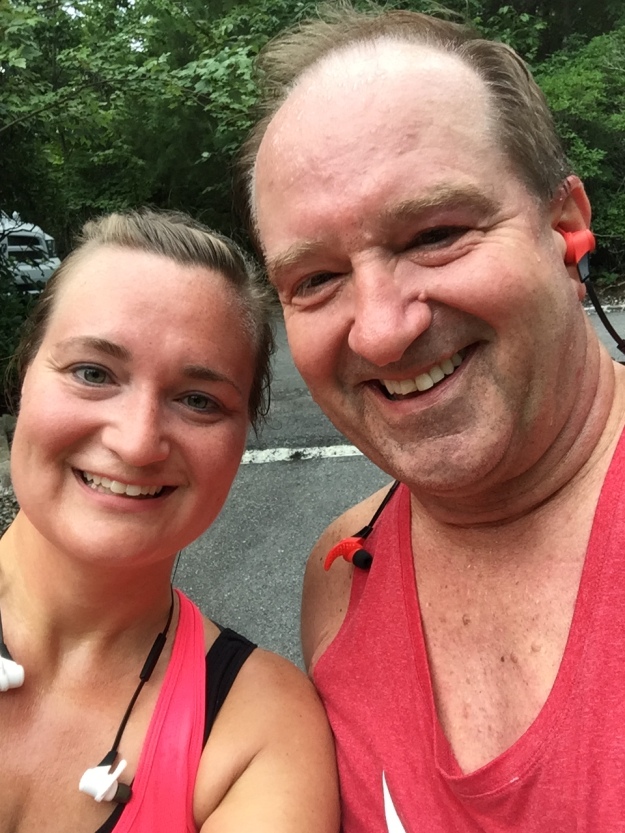 Everyone had a wonderful time and those three days together sure went quickly. Before we left we managed to get everyone together for a group photo. A couple of spouses couldn’t make it for the weekend but all the daughters and grandchildren were there. Since we all mostly live apart from each other who knows when we’ll be able to do this again. I’m glad we have this photo to remember the weekend:

Today is the 2nd anniversary of my triple bypass surgery. Time flies when you’re having fun. Feeling very thankful and very blessed. #cabg #blessed #thankful
Slow and steady today. Hadn’t planned on running the #indymini for a couple more weeks but my schedule changed and the weather was great. Sure missed that nice flat course in Indy.
#irunforahmaud
Running the Indy Mini Marathon again this year. It’s going to be very different running a virtual #indymini
Tree pollen and the COVID-19 have made it hard to get out to run. A little rain yesterday, cooler temps made today’s run pretty enjoyable. Record high temps are in the forecast lasted in the week. We’ll see.
5K in for Melissa and 10K is done for me.
Loading Comments...
Comment
×